Have you ever wished that you would better understand Finance and Business Planning? Maybe with a view to take ‘Profit responsibility’ within your company?

Then this seminar is for you.

Accounting and Finance are not hard to learn, and everybody can learn them. The 3-day training will bring you up to speed with the key concepts used in Finance: the difference between cash and profit; key financial ratios; valuation of businesses and investment plans; the cost of capital, and many more.

In addition to trainer-led presentations that are richly illustrated with examples from the Telecoms & IT industry, the participants will solve a series of exercises and work on the ‘TetraStars’ case study.

END_OF_DOCUMENT_TOKEN_TO_BE_REPLACED 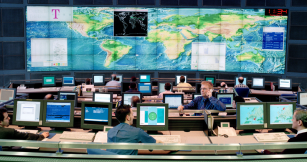 Investaura has released a white paper re-visiting the financial benefits of managed services and infrastructure sharing for telcos. Building on an initial discussion and review of the relevant approaches and options available, a top-down financial simulation model has been developed to analyse and quantify the benefits of alternative options available to communications service providers (CSPs).

The model that Investaura and Implied Logic have developed looks into four transformation levers that can improve the economics of the mobile carrier and potentially create considerable value:

END_OF_DOCUMENT_TOKEN_TO_BE_REPLACED

Do you still use Microsoft Excel for Budgeting, Business Planning or Performance Management? Microsoft Excel was good for the job 10-15 years ago, but Excel also has its limits, and you probably have come across many of them already. In particular, Excel is not a database!

Today, very powerful, easy-to-use, and affordable solutions are available on the market that can set you apart as Manager, and truly help improve your company’s performance. If you are a Financial Planning Manager at a mid-size or large company, and still use Excel for Budgeting and Forecasting, then you’ve got quite a bit of catch up to do. And most likely you know that.

END_OF_DOCUMENT_TOKEN_TO_BE_REPLACED

We are often asked how high the cost of churn to service providers really is. As often in economics in general, and costing in particular, it really depends how you look at costs and value, i.e. whether you focus on the direct costs only, or include the indirect costs as well.

The direct costs of churn mostly include:

All in all, the direct costs of churn will typically be in the range of $20-$100 per churning customer (depending in which country you are, and how much you spend on acquiring customers).

END_OF_DOCUMENT_TOKEN_TO_BE_REPLACED

Price discrimination in telecoms (and in coffee shops)

END_OF_DOCUMENT_TOKEN_TO_BE_REPLACED

Our recent article on NSN (The future of NSN: a happy-end at last?) has been a blockbuster of sort. It has attracted more than 3,500 readers since publication at the end of April 2012, from Germany, Finland, Portugal, India as well as many other countries. We have been very surprised by the interest that the article has generated. There was nothing new in the article that was not in the public domain already, and the financial numbers were taken straight from the Nokia web site.

We have reasons to believe that many readers must have been NSN employees trying to decide what to do now, in the view of the various outplacement and redundancy programs set up by the company. Also a former NSN employee indicated that “the NSN management would never point out the series of multi-hundred-million annual loss so clearly”! If this means that the NSN management has lacked transparency towards its own employees in the past, then this is rather worrying.

END_OF_DOCUMENT_TOKEN_TO_BE_REPLACED

In a previous article (‘Stop using the IRR!‘), we explained why the Internal Rate of Return is a completely misleading and useless measure of finance performance; and recommended to use the ROE (Return on Equity), the ROIC (Return on Invested Capital), as well as the peak funding requirement, the payback period and the NPV (Net Present Value).

There is another die hard in business: the P/E ratio for a company listed on the stock market. This is the ratio of the share price to its earnings after tax.

The average P/E ratio of US equities was 14 in the 20th century, and roughly the same in other countries.

END_OF_DOCUMENT_TOKEN_TO_BE_REPLACED

Fifteen years ago, when GSM really kicked off, there were still a lot of PAMR (Public Access Mobile Radio) service providers on the market. For those who don’t know or were too young to know: PAMR were deployed in the late 80s to provide services to corporate customers. Do you remember Dolphin in Europe? Now these operators have all gone, cannibalised as they were by GSM operators. But with PAMR, you did not have to pay per minute. You would pay per user, per month.

END_OF_DOCUMENT_TOKEN_TO_BE_REPLACED

Investaura is pleased to appear in one of the most recent IBM whitepapers:

This excellent whitepaper highlights how mobile and fixed line telecoms service providers can leverage the data that they have about their customers to reduce Churn, boost ARPU, reduce Costs, and overall increase the Customer Lifetime Value (CLV) of their subscribers.

We also agree with IBM that four key components are required to make this enterprise a full success:

END_OF_DOCUMENT_TOKEN_TO_BE_REPLACED

There are reasons to be concerned about the future of Nokia Siemens Networks (NSN).  Since the merger of the Nokia and Siemens telecoms infrastructure businesses in 2007, the Joint Venture never had a single profitable year:  operational losses were

So something radical had to happen. It did. In November 2011, NSN announced that it would refocus its business on mobile broadband.  As part of the re-organisation and strategic shift, the company announced that it would get rid of 17,000 employees worldwide.  A few thousands more will be transferred to other firms with the carving out and selling of a number of product lines. In total, about 1 employee out of 3 should go.

END_OF_DOCUMENT_TOKEN_TO_BE_REPLACED

University of the People (UoPeople) is the world’s first tuition-free online university dedicated to the global advancement and democratization of higher education.

The University embraces the worldwide presence of the Internet and dropping technology costs to bring tuition-free undergraduate degree programs to qualified high school graduates around the world. UoPeople offers Associates and Bachelors degree programs in Business Administration and Computer Science.

With the support of academic leadership from top universities and having accepted more than 1400 students from 130 countries to date, UoPeople is well on its way to becoming a global higher education leader.

University of the People (UoPeople) is a non-profit organization devoted to providing universal access to quality, online post-secondary education to qualified students. The vision of University of the People is grounded in the belief that universal access to education is a key ingredient in the promotion of world peace and global economic development.

Our consultancy partner in Canada, Intelecon Research & Consultancy, recently completed a project on mobile money for the International Finance Corporation (IFC). The full report (available at  http://tinyurl.com/87zdeyv ) provides a theoretical framework and methodology that is a powerful tool for assessing any country’s m-money development potential.

The Mobile Money Study provides insight into the type of business model most appropriate in a specific country context, the sort of partnerships needed, the type of regulatory environment required to enable m-money development, and – finally – the developmental paths that m-money might take.

Four countries – Brazil, Nigeria, Sri Lanka, and Thailand – each of which represents a different world region, socioeconomic situation, and financial context – were visited and analyzed in terms of m-money business models. We also studied the two most successful m-money countries – Kenya in the developing world and Japan in the developed world – to compare them with the four countries in our study. The United States was included as a reference point and as an advanced country in terms of electronic payment (e-payment) cards (e.g., debit and credit).

END_OF_DOCUMENT_TOKEN_TO_BE_REPLACED

Truth be told, you don’t need a Ph.D. in data mining or statistical analysis to reduce churn. Which is good news.

Truth be also told: investing tons of money in data mining tools does not guarantee success – more often than not, it guarantees failure.

Churn reduction is a complex process.  There are many reasons why it can go wrong, and from our discussions with telecom service providers, it seems to go wrong most of the time. Why is that?

END_OF_DOCUMENT_TOKEN_TO_BE_REPLACED

Investaura Management Consultants is pleased to announce the launch of a web site fully dedicated to the topic of business planning. Our objective is to help entrepreneurs as well managers working for established companies write better business plans and create more successful and lasting businesses. The web site can be found there: www.business-planning-for-managers.com 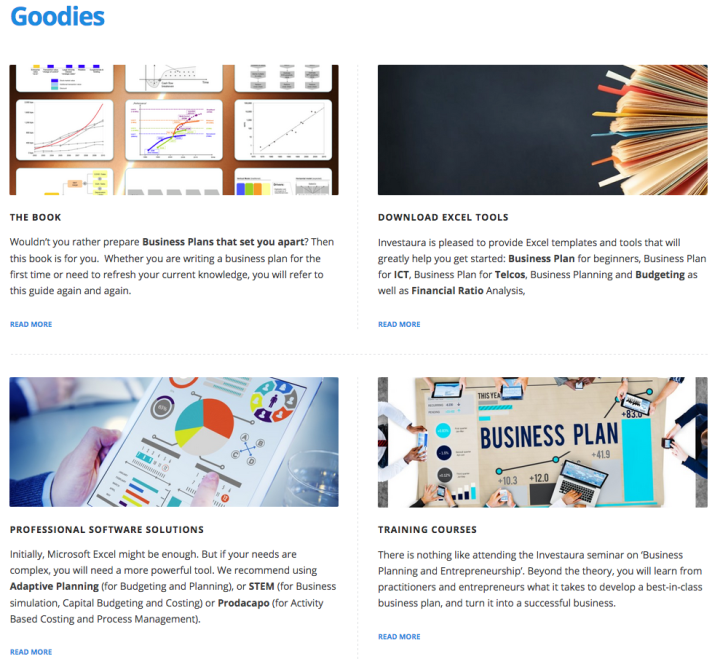 Enjoy the recipes, the cheese as well as our desserts.  And also the videos of Simon Sinek, Steve Blank, Steve Jobs, John Chambers and Philip Baddeley.

Recently, we have noticed something interesting.   Go to the web sites of the top telecom suppliers and check in which order the words “products”, “solutions” and “services” appear there.

We have done the check:

Interestingly, IBM is the only company that puts ‘products’ last. And NSN, ALU and Huawei seem to put a strong focus on ‘solutions’.  But are they really ‘solutions’ companies?  Well, not in the IBM sense. Finally, Cisco and Ciena don’t even talk about solutions, at least at the top level.