Since its commercialisation in 1985, the price of the Cray2 computer has gone down by a factor 100 000, equivalent to -35% per annum. Its form factor has also changed a bit.

Believe it or not, the iPad2 (2011) is as powerful as the Cray2 computer of the late 1980s. Its commercial success has also been larger: tens of millions of iPad2 have been sold so far. And it is still selling. 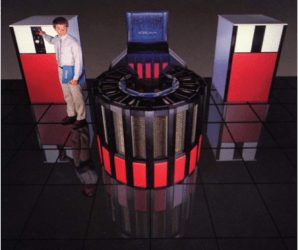 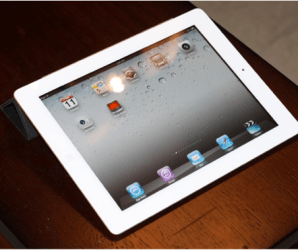 Twenty years ago, for better or for worse, I was doing my military service in a research centre that belonged to the French government: the Atomic Energy Commission. The research focused on fluid dynamics, with a view to simulate nuclear tests in the laboratory rather than testing nuclear weapons for real. Only the USA had this capability at the time, and France was keen to catch up. Unsurprisingly, the computer code that we used came from the USA, and so did the computer: it was a Cray2.

Access to the Cray2 computer was difficult and limited. Demand for its processing power was so high that I could only use it during night times. So I would spend every day analysing the results of the previous night’s calculations, and preparing a batch of simulations for the Cray2 to run during the following night. We also used Sun workstations for remote access to the Cray2, and post-processing of the calculation results.

Physical access to the Cray2 was also very restricted. In fact, I only saw the Cray2 once over the 12 months duration of the military service. The computer was installed in a large room, hundreds of m2 in size, and supervised by 3-4 computer engineers in white overalls. The Cray2 used a cooling liquid called Fluorinert to reduce the temperature of the components and increase system reliability. In any case, it was hard not to be very impressed when I saw ‘the beast’.

Now back to the iPad2 (or the iPad Air, its more recent incarnation). We all know that they are powerful machines. Yes, but how powerful is that? It seems that we are still at the very beginning. In January 2014, the Telegraph reported that it took the K computer (from Fujitsu) in Japan, the 4th most powerful computer in the world, 40 minutes to simulate 1 second of human brain activity. With 705,024 processor cores and 1.4 million GB of RAM, it managed to replicate a network comprising of 1.73 billion nerve cells (the human brain has 100 billion). At the time of writing, the total world CPU power is thought to be comparable to that of one single human brain.

Some people and organisations have found really useful things to do with their iPad. I haven’t, but I still love it.

My iPad is not used to control security in my home; it is not used either as the brain to control my iRobot vacuum cleaner; both of which could be useful applications. No, my killer apps on the iPad are much more mundane. The top four are:

None of the applications above has really improved my quality of life. In fact, they might even have decreased it: I don’t watch linear TV any longer, but I watch a lot of video streaming. I don’t read as many books as before, but I read too many newspapers. 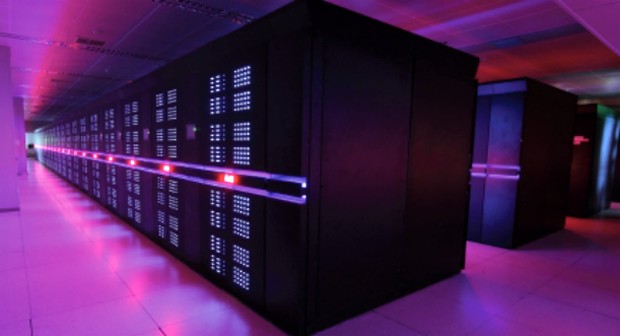 Today, the most powerful computer in the world comes from China. It is the Tianhe-2, developed for more than $100m. Imagine that 20 years from now, you too will have the Tianhe-2 in your pocket, or at least in the palm of your hand. What will you and me do with that? Hopefully more than reading emails….